When I arrive at Sprout Creek Farm in New York’s Hudson Valley just outside of Poughkeepsie, it’s snowing for the first time this season. The grey sky blankets the farm’s rolling 200 acres with gentle white flurries. The last of fall’s vibrant foliage blazes from the trees. It’s gorgeous here.

Colin McGrath, Spout Creek’s head cheesemaker, picks me up from the Poughkeepsie train station and drives me to the farm in his truck. “Mooooo,” the cows greet us with their low bellows as we step outside into the bracing fresh air. It was quite cold the day of my visit.

“They love this weather,” he explains. In the dead of winter, the cows will spend most of their time in the barn, which is not heated but plenty warm from the heat generated by their bodies. “When they are inside for weeks on end, they get stressed out, which directly impacts the quality of the milk,” says McGrath. Making farmstead cheese means responding to a constantly changing environment. It’s a demanding job that can take a lifetime to master.

Crafting cheese is just one part of Sprout Creek Farm’s ambitious mission. This is a working farm, raising free-ranging cows, sheep, goats, wild turkeys, guinea fowl, chickens and pigs. We wave to a farmer, who’s stepping into the barn for a moment of warmth. “They have the really hard job,” insists McGrath. Sprout Creek also is a market that sells its cheeses and farm-raised meats alongside local milk, eggs, vegetables and crafts from neighboring Hudson Valley producers. It caters local parties and events. And, most importantly, it is an educational center. The farm hosts day, weekend and summer programs that “help connect young people to the land, the seasons, and the plants and animals that co-exist here in harmonious rhythm,” says McGrath. Sprout Creek teaches kids and fosters community. And the farm also operates as a 501c3 incorporated not-for-profit organization.

A Dream Comes To Life

In 1972, Sister Margo Morris became a nun of the Society of the Sacred Heart of Jesus. Morris taught English at a Sacred Heart school in Greenwich, CT, and, in the early 1980s, introduced her students to farming. Morris saw the connection to the earth as a very powerful teaching tool and a positive, grounding and inspiring influence in young people’s lives. By teaching them about agriculture, they were learning more than just farming techniques; they were getting the opportunity to spend more time outside, feel connected to something bigger than themsleves and develop a real community in the process. 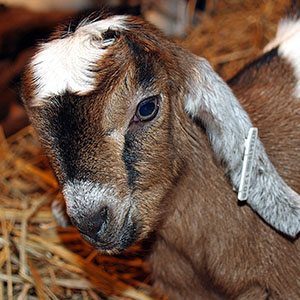 In 1987, a woman named Elise Kinkead passed away. She owned 200 acres of farmland outside Poughkeepsie and stipulated in her will that the place be donated for both agriculture and education. “It was incredibly progressive at the time,” says McGrath. Kinkead’s lawyers had heard about Morris, and the two groups found each other. It was a perfect fit. “The stars aligned,” says McGrath. Sprout Creek Farm was born.

In the 30 years since then, Sprout Creek Farm has focused on providing education for children and adults that fosters appreciation for “our place within the natural world, and thus encourages responsibility for the future of our environment,” according to the mission statement. The farm seeks to offer “an experience of community as a model of peaceful living.” It accomplishes this through hands-on experiences for school kids of all ages who visit Sprout Creek throughout the year to milk cows, gather eggs, clean animal stalls, feed goats and generally get their hands good and dirty on the farm. Day and overnight summer camps allow young people the opportunity to immerse themselves in the life of the farm. It’s hard, rewarding and life-changing work. 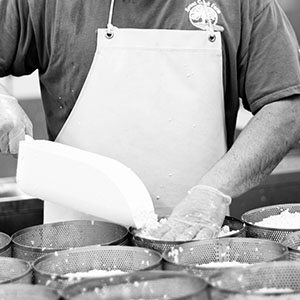 “Cheese was supposed to be a way to enhance the education, but it really took off and has become the backbone of this place,” says McGrath. “Cheese supports the educational mission.” Sprout Creek Farm wasn’t designed to be a serious cheese-making facility, which is exactly what it has become due to McGrath’s hard, meticulous work. It sells award-winning cheese nationally — nearly 20 tons each year. The quality cheese and the educational mission “became a package,” says McGrath, and “brought more attention to both.” It’s no surprise then that profits from cheese sales go directly into funding Sprout Creek’s educational programs.

McGrath has been making cheese at Sprout Creek Farm for more than 11 years, which is a long time considering that, in 2005, he was a fresh-faced graduate from Hyde Park’s Culinary Institute of America with a passion for food and an interest in fermentation, but zero experience making cheese. He came to Sprout Creek Farm to learn the craft of cheesemaking, but eight months after his arrival, his boss, Sprout Creek’s head cheesemaker, left abruptly. It was McGrath’s chance to step up. “I am 100 percent self-taught at Sprout Creek,” says McGrath. “Since I wasn’t classically trained, I am forced to think for myself outside of the box.”

He does so with great results. In his decade plus at Sprout Creek, a lot has changed. The artisanal cheese movement is growing faster than ever in the Hudson Valley and throughout the country. “The competition is so much greater,” observes McGrath, as is the hunger for delicious small-batch cheese. “If you make quality stuff, you’ll be able to sell it.”

McGrath makes the highest quality cheese with his small, dedicated team — cheesemakers Marcelo Chimbo, Mel Boscarino and Richie Boscarino. “They’re like family to me,” he says. As the operation has grown and succeeded, the farm has needed to be creative in order to keep up. For example, when the team needed more room to age their wheels, they picked up a trailer from a junkyard last winter and retrofitted it to serve as a cheese cave. “It would be cool to have a beautiful cave,” admits McGrath, but the trailer works perfectly well. It took until June to get the humidity to where it needed to be in order to provide the optimal ripening environment for the cheeses, shifting around humidifiers and heaters and dousing the floor in sanitizer, which creates humidity. Today, the narrow space is lined with wheels of gorgeous Sprout Creek cheeses from floor to ceiling, in various states of aging. McGrath points out the constellations of mold on the rinds. From inside, it is a beautiful cave; I’d never know I was in a trailer.

The trailer fits with McGrath’s method of developing and perfecting his workspace and the cheeses over time, tweaking and improving and tweaking some more until he reaches perfection, or close to it. “Finding the balance to make all these cheeses thrive is not easy at all,” he says, and yet that’s exactly what he has done. “There are ups and downs,” says McGrath. “Making cheese is like chasing a high.”

Sprout Creek crafts its cheese from rich, fresh milk produced by a herd of about 75 grass-fed Jersey, Brown Swiss, Milking Shorthorn, Normande and Holstein cows and 25 Nubian, Toggenburg and Oberhasli goats. From March through November, the cows and goats munch on Sprout Creek’s lush pastures, as grass-fed animals are healthier and happier, as is the land…and the cheese.

The cheeses are inspired by the age-old tradition of the European farmstead varieties, but are entirely unique — an expression of the Hudson Valley and of the seasons. As pasture grasses change with fluctuating temperatures and amounts of rainfall, so do the cheeses. Cheese is about “connection to the land,” says McGrath, which means there are both abundant and difficult periods. Despite many challenges, there have been a number of accolades, as Sprout Creek’s cheeses have garnered awards from the American Cheese Society, The New York State Fair and the Good Food Awards. But McGrath says the real challenge is being able to consistently produce top-notch cheese 365 days a year, despite constantly changing weather, milk and conditions. “It’s not about making good cheese once. I have to do it 10,000 times,” he says.

Toussaint is Sprout Creek’s flagship cheese, made from raw cow’s milk, and the only cheese that remains on the roster since McGrath started working there more than a decade ago. Wheels are usually aged from five to seven months, but the cheese we try is nearly a year old, and its flavor is huge, floral and full of depth, with a lovely peppery quality. It’s firm, crumbly and wonderful. A full-bodied red like Zinfandel, Syrah or Cabernet Sauvignon really makes Toussaint sing. “The recipe itself has changed like 300 percent,” says McGrath, who spent years coaxing this cheese into its best state.

“Cheesemaking is humbling,” says McGrath. “The cheese is always the boss.” Consequently, it took him a long time to perfect Margie, which sports a snow-white bloomy rind, and a rich, buttery paste. The flavor shows off the grassy, bright and delicate nature of Sprout Creek’s milk. The cheese is crafted from pasteurized cows’ milk and aged for four to eight weeks. It begs for crusty bread and Champagne.

By comparison, Batch 35 is one of those cheeses that is exceedingly hard to stop eating once you begin. It’s a smear-ripened cows’ milk wheel with a pleasant sour tang and lovely meatiness. Its pretty coppery rind makes way to a smooth, creamy paste with a scattering of eyes. Batch 35 is perfect for snacking with an IPA or a hard cider, while Bogart, Sprout Creek’s one-year-aged raw cows’ milk cheese, is a perfect starter for kids and cheese newbies. It is semi-firm, big-bodied, open and supple, with a touch of sweetness. Kinkead is a dense yet creamy semi-firm wheel of raw-milk cow’s cheese. It’s savory with just a hint of pungency and fantastic snacked on with a Merlot and Pinot Noir, or shaved into an arugula salad. Each cheese is delicious and supports an important incredible cause.