‘For A New York State Of Mind’

Cheese Connoisseur: You have written about wines and spirits from around the world. I live in upstate New York and am proud of our wines. What can you tell me about production in New York so that I can claim bragging rights and spread the word?

Ron Kapon: There are wineries in all 50 states. Yes, dear readers, Alaska and Hawaii do make wine. Clearly, California is the juggernaut with 89 percent of all U.S. wines coming from the Golden State. Eureka! On a global scale, the United States is the fourth-largest wine producing country after France, Italy and Spain. New York is the third state in the production of wine and fourth in total number of wineries with 320. The state of Washington is number two in the production of wine. As for wineries, California leads the count with 3,782, Washington boasts 681 and Oregon has 599. 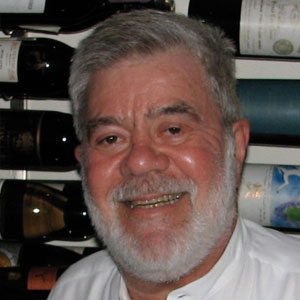 CC: What about the wines of the Finger Lakes?

RK: Finger Lakes Wine Country was established in 2000 and has three wine trails, 130 wineries, 9,393 acres under vine with 850 of those being Riesling, producing more than 220,000 cases of Riesling alone. The region is a short drive, ranging from three to five hours, from most major cities in the Northeast. According to Trip Advisor, it is the Top Wine Destination in the U.S. and Budget Travel calls Hammondsport, NY America’s Coolest Small Town.

The Finger Lakes is a group of 11 long, narrow, roughly north-south lakes in central New York. The lakes’ shapes reminded people of human fingers, and the name stuck. Cayuga (435 feet) and Seneca (618 feet) are among the deepest in the United States, with bottoms well below sea level. They are also the longest Finger Lakes, with both measuring 38 miles long. Many wineries are included on wine trails surrounding Seneca, Cayuga and Keuka lakes.

The Finger Lakes area is New York’s largest wine-producing region. Because of the lakes’ great depth, they provide a lake effect to the lush vineyards that flank their shores. Retaining residual summer warmth in the winter, and winter’s cold in the spring, the grapes are typically protected from a disastrous spring frost during shoot growth and early frost before the harvest. The main grape varieties grown besides Riesling are: Chardonnay, Gewürztraminer, Pinot Gris, Pinot Noir, Cabernet Franc, Vidal Blanc, Seyval Blanc and many Vitis Labrusca, American native — think Concord and Niagara, varieties. Sparkling and Ice wine varieties round out the region’s portfolio.

CC: Can you tell us a little bit about the history of the Finger Lakes? 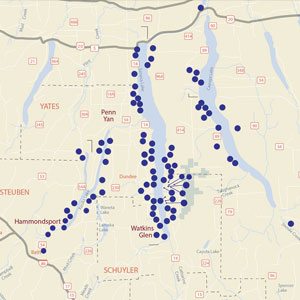 CC: I am told the Finger Lakes area is home to many important sites, besides wineries. Can you pick a few for us to visit while wine tasting in the area?

RK: Yes, indeed. Notable places include Hammondsport, which was the home of aviation pioneer Glenn H. Curtiss and his museum. Favorable air currents make the area a popular spot for glider pilots. Visit the National Soaring Museum in Elmira, which was also the home of Mark Twain when he penned “The Adventures of Tom Sawyer” and “Prince and the Pauper”. The town of Corning is most noted as the home of Corning Incorporated, the Corning Museum of Glass, where I made a multi-colored glass flower, and the Rockwell Museum (not Norman). The Women’s Rights National Historic Park is located in Seneca Falls. The park includes the home of Elizabeth Cady Stanton and the Wesleyan Chapel, where she held the first convention on women’s rights in 1848. Just a few miles north is Watkins Glen International, the birthplace of American Road Racing and the home of Watkins Glen International, the premier road racing facility in the United States.

CC: What is your favorite wine varietal from the Finger Lakes? 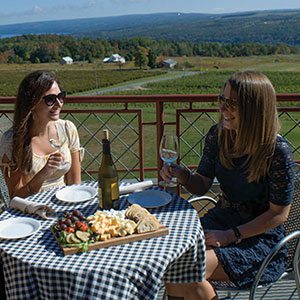 RK: I often think of the Riesling grape as the Rodney Dangerfield of viticulture. It gets no respect. It will not be long before Finger Lakes Riesling will conjure up thoughts of greatness in the same way Napa Valley is connected to Cabernet Sauvignon. The microclimates around the three major lakes — Keuka, Seneca and Cayuga— combined with warm summers and cool winters, create the perfect climate and growing conditions for Riesling. In the past few years, the sales were helped along by a growing national wine trend toward lighter, more food-friendly wines.

Riesling is a misunderstood and under-appreciated grape because many people equate it with sweet, inexpensive German wines. The drier style is perfect with seafood, chicken, veal, shrimp and turkey. It is fresh and floral in its youth but can age well. The off dry Rieslings match well with Cajun, Mexican and Thai cuisine. Then there are the late harvest and botrytis sweet wines to be enjoyed at the end of a meal. A touch of sweetness brings food-friendly character to Riesling. The dry styles are more intense, elegant and age-worthy.

CC: I have been told there is a Finger Lakes Cheese Trail. What do you know about that?

RK: The Finger Lakes Cheese Alliance is made up of 13 small, family farms throughout the Finger Lakes region. They offer a full selection of artisanal cheeses from Gouda, Colby, Cheddar, Mozzarella, Swiss, Brie and Jack to unique cheeses like Irish washed-rind cheese, a variety of goat cheeses and Kefir cheese. Most of the creameries produce their cheeses from raw milk and in small batches, making them highly flavorful and creamy. Many of the creameries have production facilities, farm stores and tasting rooms on their farms that welcome visitors to stop by and experience the process first hand. Each year, The Trail hosts the Finger Lakes Cheese Festival on the last Saturday in July.