A former cowtown blooms into a cultured, fromage-friendly metropolis

I have a dear friend who calls Manhattan home. We share a passion for all things culinary and anything involving curds and whey. She visited Denver a decade ago during the National Western Stock Show and saw a Grand Champion steer corralled in the lobby of the Brown Palace Hotel. The only cheese she recalls tasting here was florescent orange and poured over nachos at a Denver Broncos game.

Since then she has referred to Denver as “that cowtown,” and visited only long enough to change planes for Aspen.

Recently, I insisted that she visit me. If she put aside her Western prejudices, I promised to show her the new Denver and its vibrant urban neighborhoods, and to introduce her to the city’s blooming cheese culture: the cheese shops, talented mongers and stellar chefs serving Colorado cheeses — some made on their own farms.

First Thing In The Morning

Your visit doesn’t begin at the familiar Four Seasons, the Ritz-Carlton, the Brown Palace or any of several fine boutique hotels. Instead, you’re checking in at one of Denver’s newest plush lodgings, the recently opened Renaissance Denver Downtown, set in the historic Colorado National Bank building. The three-story atrium lobby is breathtaking with its white marble colonnades and the epic works by Colorado muralist Alan Tupper True.

You’re only stopping in your room long enough to drop your bags and change into biking clothes. Don’t forget your helmet! The day starts with a bike ride to balance out the butterfat to come. It’s easy to rent a bike at B Cycle, a service with 700 cruiser bikes parked at 83 stations around Denver.

You’ll head toward the charming Highlands neighborhood, located on a hill northwest of downtown. Since you’ll be feeling the altitude, take a breather at 2776 N. Speer Blvd., the site of a bank parking lot and a small granite column. It’s dedicated to Louis E. Ballast, the man who may have coined the term “cheeseburger” at his barrel-shaped eatery on this spot. To be fair, Denver is also the home of the prestigious American Cheese Society.

The next breather is the award-winning Denver Bread Co., where you’ll pick up a fresh batard or wedge of Boule, plus chocolate chip walnut cookies for a picnic lunch. Then ride farther up to St. Kilian’s Cheese Shop, where owner Jon Marsh has dedicated himself to educating palates. He happily puts out tastes of spice and wine-washed Challerhocker, richly pungent Ur-Bergkase and Belgian Charmoux. The recently expanded shop also stocks local Tender Belly bacon, bread, salumi, condiments, crackers and some organic produce.

Visit next door at Mondo Vino, regarded as one of the best small wine shops in the city. Ask the experts to recommend a bottle of Colorado red or white to match your cheeses.

If you don’t want to fuss with a picnic, stop in around the corner at Salt & Grinder, a recreated New Jersey deli from restaurateur/chef Frank Bonanno. He uses house-made Burrata in his namesake sandwich, The Frankie, which layers a big grinder roll with prosciutto, coppa and ham, fresh tomato and arugula, and red wine vinaigrette.

You’ll notice gaggles of impossibly fit locals in yoga pants as you pedal downtown to Riverfront Park to picnic. Fall days in Denver are mainly sunny and blue-sky perfect against a backdrop of snowy peaks. On the rare day when it’s chilly, wet and windy, grab lunch instead at Bistro Vendome, chef Jennifer Jasinski’s Larimer Square celebration of casual French dining and artisan ingredients.

A Cheese-Focused Side Trip To Longmont And Boulder

Only a 40-minute drive from Denver is an unexpected hotbed of cultured milk activity. First stop is Haystack Mountain Goat Dairy. The dairy produces mild, creamy Chèvres in various flavors, the natural rind Snowdrop and the award-winning Queso de Mano. There are no goats at the dairy. Call ahead to schedule private tours.

Next destination is the Cheese Importers Warehouse. This major cheese wholesaler also operates a French-accented café and the state’s largest cheese and salumi walk-in refrigerator, featuring 350 or more varieties of cheese. Down-filled parkas are available so you won’t shiver while you shop.

Finally, the Ninth Annual Colorado Cheese Festival is Sept. 28 in Longmont, offering samples of 180 cheeses from dozens of cheesemakers and treats from other artisan food producers.

If you return through Boulder you can visit the state’s best produce market, the Boulder County Farmers Market, take a fall hike above Chautauqua Park, shop at Cured — an outstanding cheese, salumi and wine shop — and grab a bite at Colorado’s most celebrated eatery, Frasca Food & Wine. CC

The afternoon dash commences at Denver’s obscure art gem, the Kirkland Museum of Fine and Decorative Arts. Besides showcasing large-scale dot paintings by Vance Kirkland, it astounds with one-of-a-kind groupings of art with furniture, lamps and even dinner plates, by era, from Arts & Crafts to Post-Modern.

Owners and cheesemongers Rob and Karin Lawler supply themselves from their other business. The Truffle Cheese Shop not only imports and supplies the artisan cheeses gracing plates at many of the city‘s finest restaurants — it’s also Denver’s top cut-to-order shop with a strong focus on personal service.

Dining On Farm Fare In The City

You’re dining at a place that has had a cheese plate on every menu since it opened in 2007. The difference now is that those plates at Fruition, Alex Seidel’s award-winning restaurant, present only artisan sheep’s cheeses from the chef’s Fruition Farm in Larkspur.

First, there’s Shepherd’s Halo, a 30-day-old soft-ripened pasteurized sheep’s milk cheese. “It has three different textures. First, there’s the blooming rind, then a creamy, oozy halo just inside the rind and a firmer, creamy part in the middle,” says Seidel.

His Cacio Pacora is a raw milk cheese which, when fully aged, is nutty and reminiscent of a Manchego and made to be grated over pasta.

Finally, there’s Fruition’s claim to fromage fame, the splendidly creamy and mild sheep’s whole milk Ricotta that other chefs love to cook with.

Seidel is part of a strong farm-to-fork movement among Denver chefs, butchers, brewers, distillers and markets. Local sourcing and sustainability is on the front burner.

Should you have any stomach room and late night energy remaining, head to the Falling Rock Tap House. Colorado is the Silicon Valley of craft brewing, and there’s no better place to soak it all in than this funky urban tavern with more than 80 ales on tap and another 180 selections in bottles.

The Sun Rises In The City

With a late checkout time, you’ll breakfast at The Source, a collection

of epicurean attractions in an open 1880s brick building. Acquire a perfect lightly caramelized croissant at the outstanding Babette’s Bakery and a perfect cappuccino at the nerdy Boxcar Coffee Roasters. The Source also offers a critically acclaimed café (Acorn), a modern taco place (Comida), a cheese and salumi purveyor (Mondo Market), a truly quirky artisan brewer (Crooked Stave), and, appropriately, the Slow Food Denver offices. In Denver, the old has a way of becoming new again.

You are making a civilized afternoon departure on the California Zephyr out of Union Station toward Glenwood Springs and on to Aspen.

With its baseball stadium, restaurants, shopping and light rail, Jack Kerouac wouldn’t recognize the seedy LoDo area that welcomed him off the road. These neighborhoods are now a magnet for millennials, a generation virtually weaned on Chèvre and Brie.

Browse for train reading materials in the expansive food book and magazine section at the Tattered Cover Book Store, one of the top independent booksellers in the nation. Then cross the street to the freshly renovated Union Station, once again a major transportation hub and home to the new Crawford Hotel and a slew of new signature restaurants operated by Denver‘s most notable chefs.

Happy Trails To You

As my friend was about to board, I admitted that Colorado is still quite young compared to the mature cheese cultures in New York and San Francisco. It’s still a bit of a cowtown and we like it that way. My friend confessed that Denver was a far tastier destination than she had imagined and a breath of fresh air as a traveler. She was charmed by the city’s “cultured cowboy” sensibility.

If you ever have a layover at Denver International Airport, the fare there has been significantly upgraded in the past two years. Locavore notables include Elway’s, Tamales by La Casita and the Colorado craft brew palace, New Belgium Hub. The DIA café with the biggest buzz is Root Down on Concourse C serving delights such as lemon ricotta gnocchi with roasted mushrooms, English peas, piquillo-almond pesto and bacon vin. You know, airport food, except seasonal and sustainable. CC 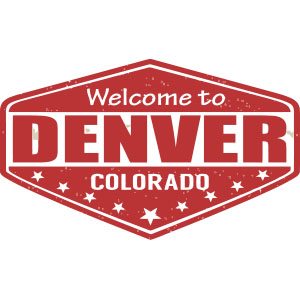 Learn to make Brie and wine in one class at Denver’s Wine & Whey. After the aging process (including your own), you stop back at the store to bottle your wine and take it home with your round of cheese.